The smarter way to keep active without a smartphone while working is android emulators for PC. After reading this post you will get a complete list of Best Android App Emulators for Windows and Mac OS x turn into tablet or smartphone.

As much as Android popular today the fastest android emulator for pc also getting popularity because giving you a larger screen experience with your mobile apps. The App player for PC gives you the power to turn your windows and Mac Pc into a smartphone while you can switch android and windows in the same time. While working on Desktop or Laptop why the need to use the phone while you can mirror all apps in PC also. It is an interesting and cool idea to silently use mobile apps in the workplace using apps player for Windows and Mac OS.

Probably the smartphone not allow in your working place and you just away from friends until work time not ends. The Android app players are the solution to keep always active on your social and instant messaging apps even without carrying your smartphone with you. Just required to install an App player emulator and make it possible to turn PC into a smart PC. Installing and using Android emulator in PC bit simple we install any software in our PC. In the next confusion, you may think you have an older computer or laptop which may not support the newest online android emulator for Windows PC. Not to worry while I am giving you a list of best Android emulators for your Windows PC and Mac PC supported lower to higher hardware configuration.

List of Best Android App Players for Your PC 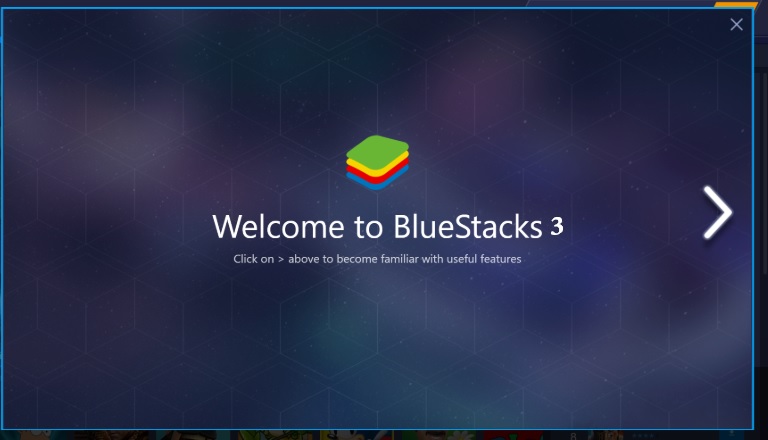 The bluestack well-known name to turn Windows PC into an android emulator. While we just imagine running WhatsApp and Facebook Apps in Windows PC, the bluestack makes it in reality and provides us best free android app player. As of now, there are many Bluestck alternatives available but the place taken by blues tack due to performance and stability hard to replace. The reason to give first place for Bluestack in Best Android App Emulators for Windows is based on the feature and popularity of the emulators.

You probably get disappointed with the blue stack while running in an older and lower configuration computer. It is true to run bluestack emulator smoother and faster required high configuration pc and its insist user find a lightweight android emulator online to run in older PC.

The best thing about bluestack is updated regularly to providing you new features and latest app support. However, it provides you Google play support and on-screen keyboard just gives you feel about the tablet. Since bluestack emulator launched its certainly updating feature and working hard to make it better and faster. However, you would love bluestack if your own latest PC powered by Windows 10 and finding the best android emulator for windows 10. 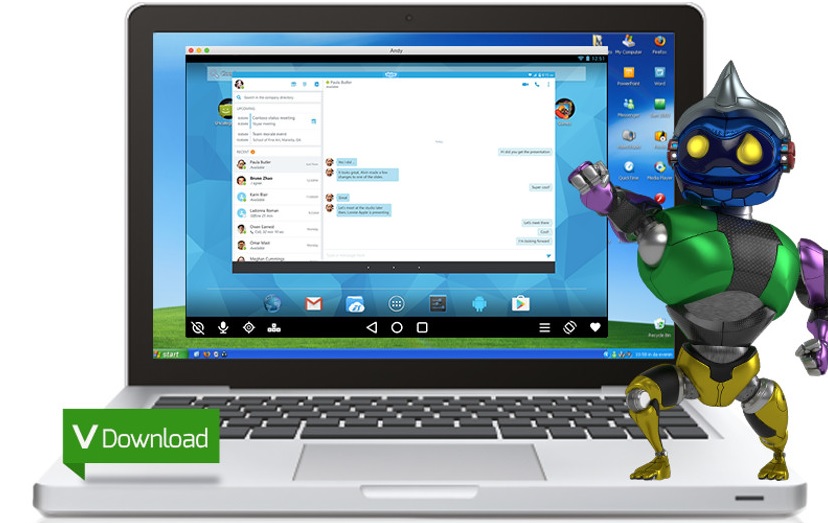 Andy emulator strategically targets the game lover and its design for a better gaming experience. You may love to play the game in your smartphone but while andy android player gives you larger screen gaming experience with your existing windows or Mac PC. If clan and clash is your favorite game than Andy Must be your favorite android emulator. Not only play the game but feel it with bigger size screen while Andy android players turn you Windows into android play stations. Andy’s android player available for windows and mac both user so you enjoy gaming with any platform without using multiple ps2 emulators android. Are you pubg lover and searching best android emulator for pubg. 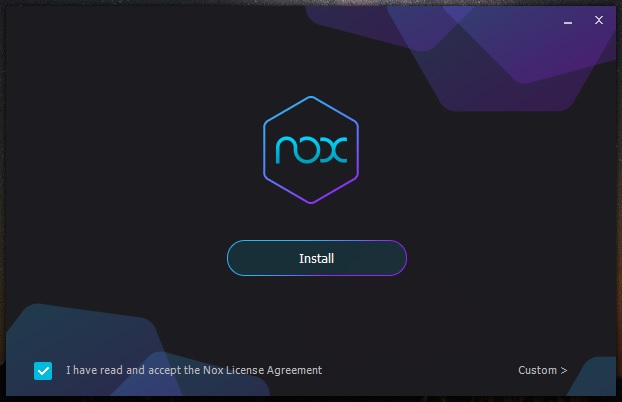 You are looking android app player with lightweight which supports your older Pentium series pc. Just try the Nox player without giving an extra load to your low configuration computer to run Android apps in Windows PC. Although Nox app player takes time to download and install on PC but fortunately it is run faster and smoother than other android emulators. You may feel legs while switching Android app player to windows Files due to the high hardware requirement needed.

The Memu yet another best android player and bluestack alternative android emulators for Intel and AMD powered devices. The Memu App Player comes with a great interesting user interface and keyboard mapping features. It is preloaded with android jellybean android version and can be upgraded to lollypop with additional upgrade packages. Google play store pre-install with Memu installation package. Memu basically specialize for game player and the user who love to play the game in smartphones. IT is available free and paid for both versions. The free version may get some ads pop-up and the paid version will completely ads pop-up free gaming. it also the best android emulator for low-end pc and older configurations. 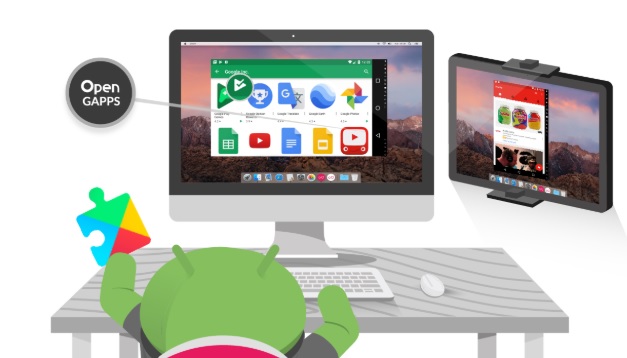 GenyMotion one of the best android emulator for Mac and cloud and desktop-based installation. It is a fully supported virtual installation based on a cloud platform without worry about your desktop hardware capability. Virtual platform cloud providers supported by GenyMotion Amazon Web Service, Google Cloud Platform, Alibaba Cloud all are the major cloud providers. If you are looking for standalone installation for your android emulator then just get the desktop version and enjoy your favorite game and apps in windows as well as Mac PC. No doubt GenyMotion is the  Best Android App Emulators for Windows, Mac, and Linux operating systems.

GenyMotion plans are available with genie and business based on user and feature supported. It is a cross-platform android player supported by Windows, Mac, and Linux operating systems.it is an android emulator Linux to run apps on any platform. 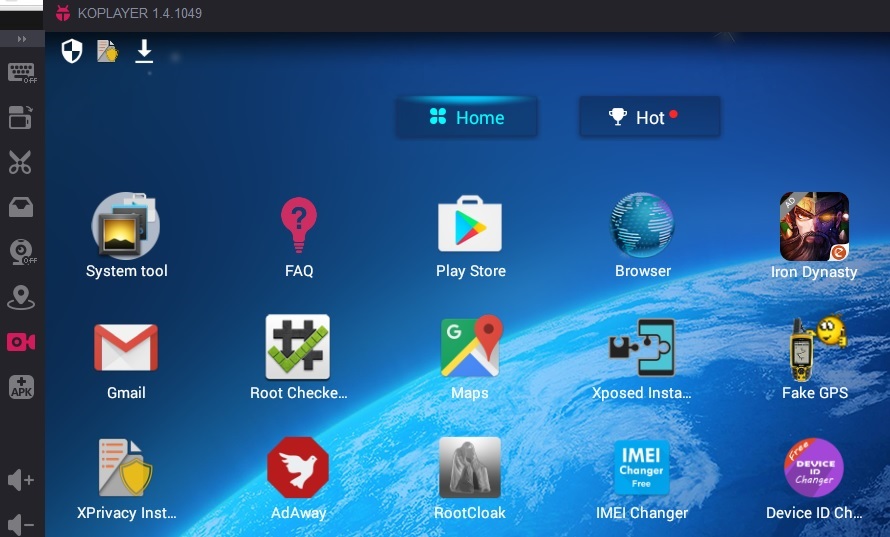 Ko player yet another lightweight apps player for PC. Ko player supports all major Android apps and turns your Windows PC into an android player within a few steps. It is absolutely free and best Android Emulator for pc that enables all Android games and apps to run smoothly in Windows systems. Ko player support advanced features like OpenGL & hardware acceleration, run faster, and smoother working even on low configuration PC. The most popular and top game fully supported by ko player like GunPow for PC, Clash of Clans for pc, Clash Royale for pc, Pokemon go Philippines apk. Never miss your smartphone while working with Ko Player android emulator. 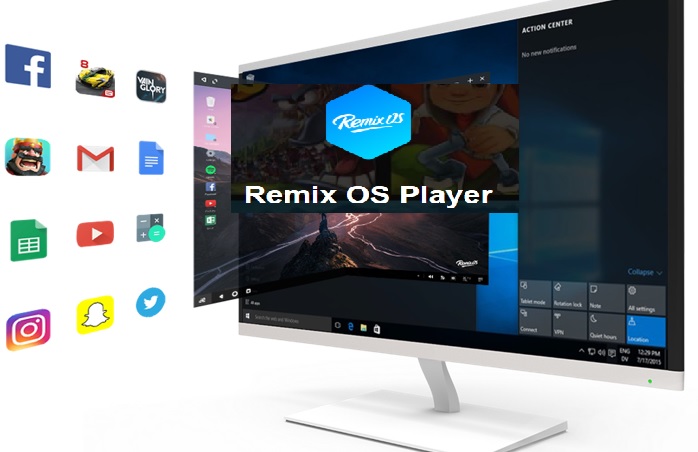 Remix OS Player is another best Android emulator for Windows computer that offers the most immersive Android experience. It is an Android Marshmallow-based software tool that uses Android Studio technology. Enjoy your social networking, instant messaging and video calling with Remix OS player also side by side while working. Unfortunately, its only support Intel-based PC and does not support AMD based computer. Currently supported Windows 7 (64-bit) and newer windows. It is an android emulator solution for the game lover, video calling lover and social people who like to keep active with social apps always.

No matter you want to use the android emulator for testing any new apps or for enjoying games on the larger screen. You should always get the right emulator which works with your PC perfectly without giving it an extra load. So before buying an android emulator for your PC, you must try the free version from the above Best Android App Emulators for Windows, Mac and Linux operating systems. router